Kenya’s National Assembly House Committee has expressed concerns over gambling and gambling-related adverts and programs on broadcast media. The Committee has explained that the Assembly could be banning or restricting such activities that expose the public to gambling issues.

The House Committee has oversight functions of recommending workable gambling policies. So, the lower legislative chamber will have to review its recommendations and those of gambling regulators and stakeholders.

If the recommendations are upheld, there could be an end to gambling-based programs on televisions and radio stations in Kenya.

This announcement comes at the back of the Betting Control and Licensing Board’s first gambling advertising guidelines. The guidelines set out the procedure for running gambling-related adverts on any media channel.

As stipulated by the rules, any of such adverts must first obtain clearance from the BCLB  before going live. Consequent to the rules, it is compulsory that the adverts are broadcast at certain approved hours, while the message is reasonable and responsible.

In the same light, the Committee on Information, Communication, and Innovation has had reasons to look into gambling legislation amendments that will curtail harmful gambling adverts in broadcast media.

During the Committee’s meeting with the communication regulator and the BCLB, the lawmakers stressed that the whole point of the collaboration is to avoid the harmful effects of gambling adverts, especially on children and vulnerable people.

One of the meeting’s concerns is the rise in the number of betting licenses issued by the BCLG, which has resulted in a huge increase in gambling adverts.

In its reaction, the communication regulator noted that media outlets broadcasting third-party content are permitted to also broadcast gambling adverts. Such adverts, however, must conform to rules of decency, honesty, and truthfulness.

This means that such gambling content needs to be responsibly received by the audience, must not contain harmful words or innuendos, and must maintain fairness at all times.

The BCLB maintained that, although it had issued stern warnings to operators against harmful adverts, the media houses have a moral and legal obligation of enforcing broadcasting rules.

Explaining further, the BCLB stated that it had blocked 70 “unscrupulous” operators from accessing M-Pesa mobile payment solutions between December 2020 and August 2021.

The UK and gambling ads

Rules 8 and 16 provide the procedure for promotional marketing and gambling respectively, making it mandatory for all gambling adverts to comply with rules of social responsibility.

Also, such ads must not be targeted at minors and vulnerable people, but if that’s likely to be the case, they must not be harmful.

South Africa amended its gambling law to the effect that the Gambling Advertising and Exclusions Register Amendment provides the acceptable standards for gambling adverts in the broadcast media.

Regulation 3A stipulates that all gambling-related adverts can only be legally aired from 20:00 on any day to 06:00 the following day.

The said Regulation also restricts gambling adverts on programs that expect children and minors to be part of its audience.

On the whole, if Kenya passes the restriction, it could reposition its gambling space to serve the primary purpose of fun and not harm minors and vulnerable members of society. 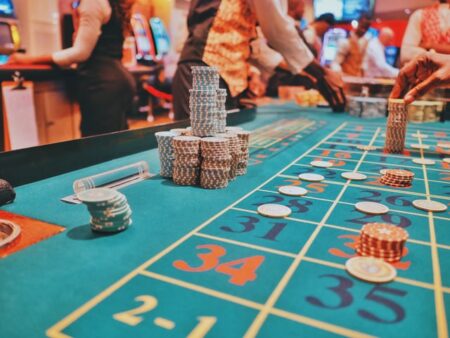 Bet9ja: The New Official Sponsor of the NPFL
5 days ago