The whole story starts with a Twitter account called @MayorofTwitter. It is a well-respected account in the local betting community, known for so-called ‘Sure Game’ predictions. Sure Game predictions refer to a betting tip that is almost certain to win.

In this case, a Sure Game went viral. The betting community jumped on it, resulting in numerous N7.500 bets being placed. Combined with a betting code, the guaranteed payout came to N5.5 million. A fantastic deal for bettors, but terrible news for MSport if having to make the payouts.

The Scam that Shook Nigeria

The prediction was accurate, meaning that MSport now owed millions. Except the operator had no intention of being honourable. The company changed the odds overnight, drastically reducing the owed amount. Suddenly bettors were winning N1.5 million instead of N5.5 million.

It isn’t necessarily uncommon for sportsbooks to change odds. The difference, in this case, is that the change was made after the match had concluded. Changing odds after a game has finished isn’t just an irregularity. It is downright criminal. As would be expected, bettors were not happy.

#MsportScam trended on Twitter for days, to such an extent that the National Lottery Regulatory Commission (NLRC) decided to take action. Most didn’t expect the NLRC to get results, but things took a dramatic turn in this case.

The NLRC Gets Results

MSport representative Funmilola Akingbelu met with NLCR Director General Lanre Gbaja. To everyone’s surprise, it wasn’t long before MSport promised to make payments. Gbaja also publically pledged that an investigation would be launched into the matter. Sure enough, bettors soon started to get the total N5.5 million payments.

Gbaja stated that the NLRC has the matter well in hand. He elaborated that his organisation is always working tirelessly to resolve complaints. Additionally, he added that issues are always resolved amicably, with all stakeholders and organisations considered.

In this case, the matter was resolved, much to the relief of betting enthusiasts. In other cases, similar situations do not come to a satisfactory conclusion. The fact is that Africa is rife with operators that act dishonourably.

A well-known incident took place in Cameroon. After a bettor landed an incredible $22 million wager, 1xBet refused to make the payment. Such unrest followed that a riot consumed the area.

Early in the year, Nigerian operator SportyBet pulled a similar stunt to MSport. A bettor walked away with N7 million, triggering the company to change policies overnight. The operator will now never make any payout higher than N25 million.

It isn’t just in Africa that betting regulations are a problem. In Germany, lawmakers have been struggling to agree on policies for years. In many German states, gambling is illegal to this very day. In the United Kingdom, a similar situation exists, with lawmakers in constant conflict over which regulations should be implemented.

A big difference is that an independent organisation called GamCare exists in the UK. The group works exclusively toward keeping local operators under constant scrutiny.

A Growing Problem in Africa

As online betting in Africa grows, it has become more evident that steps need to be taken. Irregularities are becoming commonplace, and governments seem to do little in response. In many cases, existing regulatory bodies are powerless to rein in enormous corporations.

In Nigeria, the steps taken by the NLRC are a guiding light. It is the first time a regulator has stepped up so publically, indicating that the tides are finally changing. Even still, there is plenty of work to be done.

Sports betting in Nigeria is a vast industry and only getting bigger. This means that watchdogs have their work cut out for them. The question is whether the industry will be safe and adequately controlled. There is no question that more must be done to ensure the situation does not turn into chaos. 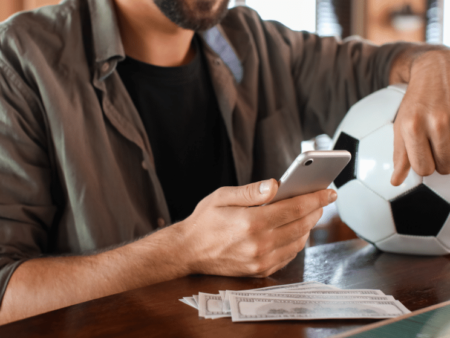