ALA Meeting in Abidjan Hailed a Huge Success

by Gamblers Africa
6 months ago 0

The Africa Lottery Association (ALA) recently held its first meeting in the West-African region of Abidjan.

This proved a valuable time for taking stock of progress made by the committee over the past two years. The discussions centered around the progress brought about by the actions of the Director-General, Mr. Dramane Coulibaly.

Following the close of the meeting, Mr. Coulibaly announced that preparations were well underway for one of the most exciting events of 2022. The association’s assistance with the organizing of the African Grand Prix in Marrakech, Morocco, in May. For African sports betting enthusiasts and F1 fans, this event is a huge drawcard.

Several esteemed members of the ALA were in attendance in Abidjan. They included the President of the organization, Secretary-General Mr. Younes El MECHRAFI, Director General of Moroccan Games and Sports, Mr. Driss Hamdoune, Mr. Seraphin Kiema, advisor to the Director-General of the National Lottery of Burkina Faso, and special adviser to Mr. Hamdoune, Mr. Fassery Doumbia.

Those present discussed the preparations for the African Grand Prix. They also spoke about several more important issues related to the operations of the Pan-African Association.

Points up for discussion included membership dues and the co-option of vice presidents of the association.

How VPs Support the ALA

The four vice presidents play a significant role in assisting the president of the ALA. They aid in representing and defending the interests of the organization on a global scale.

Those in attendance at the meeting were Fassery Doumbia, GM of the PMU Mali, Angoh Abdelkarim, Managing Director of the National Lottery of Nigeria (LONANI), Patindeba Naza, GM of the Burkina Faso National Lottery (LONAB), and Guy Roger Moigni, MD of the Congolese Management and Lottery (COGELO).

Two agreements were reached. The first involves the construction of a primary school in the village of Kouadio-Kouma (Tanda). Children living in this village must travel at least 3km to attend the nearest school.

As pointed out by A’Salfo, the project will change the lives of thousands of children for the better.

The second agreement focused on the financial support provided by LONACI to a local music production company, Gaou Production. The financial aid will be used to host the 14th edition of the Anoumabo Urban Music Festival.

Mr. Dramane Coulibaly said he was exceptionally pleased with the two new projects. 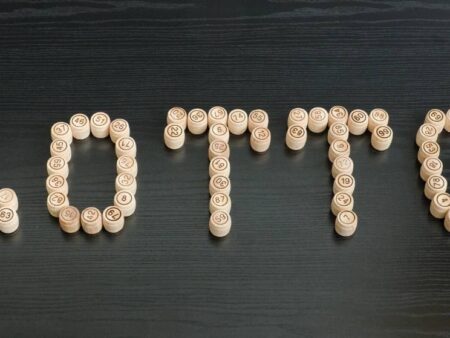