SportPesa is well-known as being the first online sports betting pioneer in Kenya back in 2014. Since then, interest in sports betting has grown in the country at an astounding rate. The Kenyan government, fearing a negative impact on the poor, and the impressionable youth, has been battling against it through strict and heavy regulation.

Yet despite ever higher restrictions and taxes, the number of licensed sports betting companies has continued to grow. Recently, the Betting and Licensing Control Board, BCLB, announced that the number has gone from 76 to 100 over the past year, an increase of 31.5 percent.

Chief executive of BCLB, Peter Mbugi, says that most of the new companies, such as Unibet, Mofabet, Safe bet, Hollywood Bets, Zukabet, and many others, are Kenyan-owned. The betting industry reportedly generated over Sh204 billion in revenue in 2018. With many betting operators being owned by foreign companies though, much of the revenue leaves the country. So more Kenyan-owned operators can be seen as a positive sign. Yet many in Kenya’s government remain unconvinced.

In 2020, the Kenyan government raised taxes on betting stakes to 7.5 percent, taking an Sh7.50 cut from every Sh100 bet placed. A 20 percent tax was also placed on winnings, as well as further heavy taxes on the operators. This was all meant to dissuade growth, and what government view as an alarming rise in reckless betting. Even so, the online betting industry’s success continues to escalate.

A recent report showed that, in the last six months, Sh83.2 billion was wagered on sports bets by Kenyans. Around Sh6.2 billion was collected in taxes on the M-Pesa platform, Kenya’s mobile-based online transaction service. The tax revenue will likely increase soon though.

The Kenyan government has long-held conservative views on betting practices in the country. SportPesa was famously their first target after its initial success in the years following 2014. The company almost folded under heavy taxes and numerous court cases, resulting in the loss of its license. In the end, they managed to make a comeback, acquiring a new license through a partnership with Milestone Games Ltd. Today, the successful operator has expanded across Africa, as well as into the international betting market. SportPesa has also helped to create new infrastructure and opportunities for local Kenyan sports, sponsoring several sports teams.

Poverty and lack of jobs remain a serious issue in Kenya and other parts of Africa though. A poorly regulated betting industry could potentially worsen the situation. If Kenyan continues with its firm and diligent regulation though, the country may yet reach an acceptable balance. Leaving space for online growth and development, however, is crucial. Especially if Kenya is to reap the rewards of the global e-commerce boom currently changing the world.

The African continent has become a key player in the online sports betting and casino industry in recent years. Massive talent and potential are beginning to emerge across Africa. This is bringing hope for a brighter and more prosperous future to many. 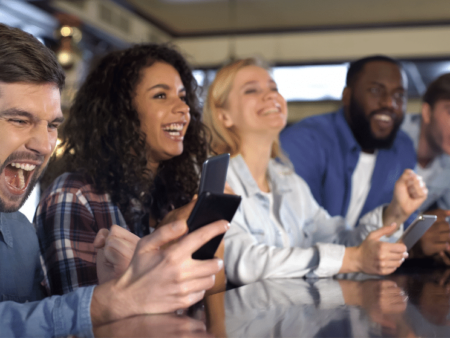